How to play online scratchies? 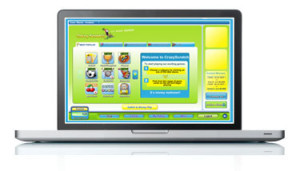 How to play online scratchie games with different features

Beer Fest is actually three games in one. All three have food and drink themes, but with separate odds. For each game, players reveal symbols or pick a spot and see if it is a winner.

7th Heaven consists of 7 games in one. There are 7 lines with three symbols each. You can decide how many lines to play–reveal three 7s and you win! The game is made by Aragon International and its random number generator, and payouts are certified by iTest Labs.

Forces of Terra is a fantasy scratch card with amazing graphics. It’s a basic symbol-matching game at heart–match three fantasy characters to win, four for a 2x multiplier, and five for a 10x multiplier. The fantastical 3D graphics are far beyond almost any other scratch card on the market.

This is a sports-themed scratch card–animals compete in Olympic sports. You scratch off nine squares, and if three of them are the same animal, you win and get to see an animation of the animal playing the sport. Each animal has its own multiplier.

Stacking the deck in your own favour 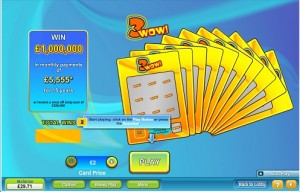 There are several ways to make your money go further with scratchies.

First of all, don’t put money down on a scratch game you have never played. Most games have a free play mode where you can learn how to play online scratchie game.

Use online casinos’ welcome bonuses, promotions, free cash, and free play at scratch card games to get extra shots at winning without paying. Make sure to look at the RTP, or Return to Player, of each game you play. The higher this number is, the more likely you are to win.