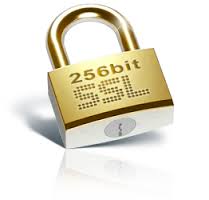 Online casinos have the challenging responsibility of protecting the accounts of their clientele. A primary soft spot that black hats target is the transaction itself, which casinos protect via a secure socket layer. SSL is a way of communicating on the Internet that encrypts the message.

Safe online establishments like Casino-Mate, Emu, Guts, Mansion and Scratch2Cash use 128-bit encryption, which is the standard for most militaries. These casinos must also protect their databases that store account information, and for this, they use enterprise-level firewall solutions that are specifically designed to support SSL communication.

Casino-Mate delivers the scratchie action with up to $AU1,400 in welcome bonuses spread out over the first four deposits and an additional bonus of 30 free spins.

Real money Scratchie fans love Emu Casino because it matches the first three deposits by 100 per cent up to $AU100 each time, for a total of $AU300, and kicks in 10 free spins.

Guts lives up to its name by awarding $AU300 in bonuses over the first three deposits. The first receives a 100 per cent match and 100 free spins on Starburst slots.

Scratch2Cash welcomes new players with a 100 per cent match on their first deposit up to $AU200 and sweetens the pot with 20 free scratchies at no additional charge.

Both Casino-Mate and Emu Casino offer Lucky Numbers, a popular real money scratchie game that uses Ancient China as its theme. The default card price is $AU2, and each card has two games, which can win independently. One side is instant win, the other a match game, and the top prize is 8,888X.

Santa Scratch is a Christmas-themed scratchie that is available year-round at Mansion Casino. Card values range from $AU0.50 to $AU10, and the top prize is $AU100K. The card uses a traditional 3×3 configuration, and the goal of the game is to hit three Santas in a row.

Emu Casino, Casino-Mate and Guts Casino all host Whack a Jackpot, which is a take on the classic arcade game Whac-a-mole. The goal is to match three multipliers before hitting three strikes, and the card pays out up to 10,000 times the stake, which ranges from $AU0.50 to $AU10.

The Rocky real money scratchie available at Mansion Casino finds inspiration in the first four Rocky films. Players face off against Apollo Creed, Clubber Lang and Ivan Drago in hopes of hitting the big multiplier. Card price defaults to $AU1, but play for as little as $AU0.10 or as much as $AU100.

Scratch2Cash presents The Lost Maya scratchie, which has 3D graphics. The game involves revealing a hidden prize by selecting one of three doors, and the top prize is 10,000X payout. This real money scratchie sets itself apart with a top stake of $AU20 and thus a top payout of $AU200,000.